The “Regionalization” of Immigration in Quebec: Shaping Experiences of Newcomers in Small Cities and Towns

As in most Canadian provinces, the vast majority of immigrants to Quebec settle in the Greater Montreal region. Fully 85 % of immigrants to Quebec chose to live in the province’s metropolis, with Quebec City attracting a distant 5 %. Only 10 % of immigrants arriving between 2010 and 2014 chose to live anywhere but these two cities (Palardy 2015, 9). But, as in most other Canadian provinces (if not to say in many destination Western countries) (Belkhodja and Vatz Laaroussi 2012), the Quebec government has identified immigrant newcomers as a potential asset for small towns and rural areas in the province that are facing population decline, a shortage of particular types of workers and an ageing population. Yet the province remains far from its objective of attracting 21 % of new immigrants (2005–2015) to settle outside of Montreal (MIDI 2013, 10). A related outcome is that many rural and small-town communities in Quebec have today come to depend on temporary foreign workers (TFWs) as the labour force for certain industries. And, while immigration has always been a factor in rural areas and small towns, there is a growing desire to attract them to settle and strengthen local communities. 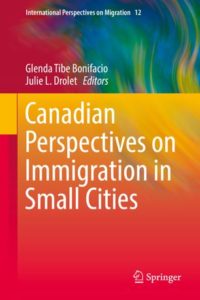